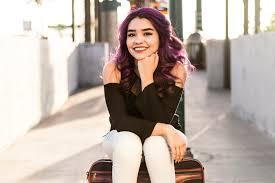 Create A New Message For Yourself

My therapy clients struggling with abuse, whether sexual or emotional, initially seem to listen to external voices.  It is not uncommon for women and men sexually abused as children to think it was their fault. Society, communities, and families send messages that are received as expectations. Unfortunately, when it is a difficult situation outside what the society or community defines as normal, the message heard is “don’t talk about it.”   Such a message has the unintended consequence of telling a child that what they have to share is bad.

At a young age, when children think that they are doing something bad, they so often slide into believing that makes them a bad person. When families fall into alignment with what their community or society tells them, they can unknowingly reinforce such beliefs.  The illusion of the rugged individual, so touted in the United States, only magnifies the belief that children possess thinking they are in control. Such thoughts become a drumming of, “I am responsible for……” My clients share their fears that they never shared as children. They could not say, “he hit me, she touched me, etc.”  Believing they were the cause, they grew up feeling alone with what they labeled as their faults. Since in their mind it was, ‘I made him or her……’, the feeling of isolation took over.

To deal with their supposed faults and eventually any mistake, they began muttering, “I coulda, I shoulda, I woulda”.  Then it became simply, coulda, shoulda, woulda which is an easily chanted mantra. Unfortunately, the meaning of the mantra sinks into the bones.   As Doug Shadel and Bill Thatcher describe in their book The Power of Acceptance: Building Meaningful Relationships in a Judgmental World, “Not only am I not alone but here is an almost critical mass of individuals in the United States undergoing the pain of personal isolation.” What the research was showing was how so many of us were continuing the pain of abuse from long ago.

The good news is that we do not have to remain hidden behind walls crouching with our pain. We can walk away from being a victim to being a survivor by changing our mantra. We can start by reconnecting with who we are.  We might listen to words of Odis Redding as sung by Aertha Franklin in Respect.  The song demands that we spell for ourselves. If we can r-e-s-p-e-c-t ourselves, only then can we contribute to the well-being of others.  To practice r-e-s-p-e-c-t, we must stop muttering coulda, shoulda, woulda. Start a new mantra. When you get up in the morning mutter, r-e-s-p-e-c-t, or any words that inspire you, then stand with dignity and start your day with a smile.

If we can respect ourselves, only then can we contribute to the well-being of others.

Phone and video sessions are available for your safety and convience. Call Carol at (720) 244-2299 for a free phone evaluation and to schedule phone or video counseling sessions. My practice follows HIPAA privacy guidelines.